Born and raised in Brazil, Ana’s sense of colour can be traced back to her early exposure and attraction to Brazilian Baroque art.

Her work is thoughtful and her style vividly honest, which has caught the eyes of filmmakers and creatives in the industry.

These collaborations have been recognised by the Young Directors Awards, the Tribeca Film Festival, NOWNESS and, most recently, the Berlin Commercial Awards.

What got you into colour grading?

Timing. It took me a while to find what I wanted to do, and immigrating to another country put my interests on pause until I felt I was in a good place financially to take a leap of faith.

I also didn’t know that colour grading existed, but by the time I heard of it I was ready and that was it for me.

Tell us more about culture and art in your native Brazil.

My homeland has many palm trees and the thrush song fills its air. It’s really hard to just talk about it, but I love when I meet people who have had the chance to go and experience it.

Brazil is diverse in every sense of the word. Our people, our food, our habits, our fauna and flora. And that translates into our art as well.

My connection with Baroque comes from many school trips when I was young to historical towns like Ouro Preto (Black Gold), where the style was very prevalent in churches around the region. It was the first time I was exposed to something from the past that was very much within reach, unlike in a museum behind glass (don’t get me wrong, I’m also obsessed with museums).

But those golden walls and ceilings, expressive figures, the extravagance, colours and symmetry stuck with me.

From Brazil to Canada… does your diverse background influence your work today?

I believe so. I think that when you find yourself in any place that has a lot of opportunities you don’t take things for granted.

That perspective is what fuels my hunger, my work ethic, my decision making. And I’m happy I have it.

What is your creative approach to grading commercial projects and music videos?

Less is more, as much as possible.

I check any references that are sent over to understand the project’s creative intent but I also spend some time with the footage to get a feel for where it wants to go. I find a good medium between the two and that becomes the basis for the collaboration.

Was there a particular project in your career that got you to where you are today?

I think it’s more of a combination of the people I’ve worked with and the relationships I’ve developed than a specific project.

They are all fundamental in my process.

I’m not trying to have a style per se. My approach is to respect the intention of the creative, of what was done on set, and see how I can elevate it.

Sometimes in order to elevate it I need to be bold, sometimes not so much.

I love its colour management, but also the support, which is so important when dealing with such a powerful system at a boutique studio.

Are there any Baselight tools that you use/like the most?

But when it comes to addressing issues (but not limited to), Texture Equalizer, Compress Gamut, Colour Matrix and Texture Highlight are the ones for me. Other systems don’t have the same level of finesse and having them definitely makes me a more confident colourist.

Would you say there are some trends in colour grading? If yes, what are your thoughts about it?

Totally. I think they are good in that it pushes us as artists to try different things. Perhaps not voluntarily but maybe because a director or someone likes something that’s out there and wants to try it out. So if you are open it takes you out of your box and you might even find your own version of said trend.

Could you give examples of recent projects where you applied some new ideas/trends?

Not a specific new creative trend, but I’ve been trying to get more involved with Brazilian projects and even though it’s where I’m from, I became a colourist in North America first. So, it’s a different language, a different market, with different creative thresholds. I’m really enjoying the process of exploring that.

You’re one of the ambassadors of ‘Made In Her Image’, a movement to empower and elevate the next generation of women. Can you tell us more about this role?

I was pretty excited when I was approached about the project. Inclusion, diversity and empowerment are really important to me because when I first started looking into being a colourist I saw no representation. Everyone looked intimidating to me.

Post-production specifically is not an inviting industry. I was told that it would be too hard, that it was going to take years, handshake goodbye.

I didn’t go to film school, I didn’t know half the roles in the industry existed, so I’m happy to be an ambassador and have a platform like MIHI to share my path and hopefully inspire more BIPOC into post.

What would you say to your younger self if you were just starting in this industry? Any hints and tips that you wish you’d known earlier in your career?

Earlier on I wish I had a better understanding that no one will know what I’m thinking if I don’t tell them. And also, not be afraid to take up space.

What was the last film/show you saw that inspired you and why?

“Some Kind of Heaven”. Absolutely stunning.

It’s one of those films where everything comes together beautifully, and that allows you to just experience the stories without judgment.

David Bolen did an amazing work with the cinematography and Damien Van Der Cruyssen brought it home with the grade.

What are your hobbies outside of the colour world?

To be honest I’m currently in the process of rediscovering my hobbies, a silver lining of these times in quarantine. With so many establishments having to close down, the inability to hang out with people, being stuck at home, all those things influence motivation and inspiration.

Watching movies will always be one the greatest escapes, but poetry is the one that never leaves me. 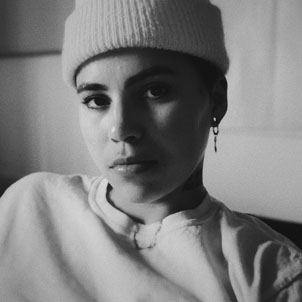 “Inclusion, diversity and empowerment are really important to me because when I first started looking into being a colourist I saw no representation.”