If you had asked Duncan as a teenager what he wanted to do with his life, getting paid to indulge his love of film and photography would have been right at the top of the list. He has been known to grade all day at work, cycle home and start grading his own photographs. It's an obsession, as is cooking, music, bikes, family, mid-century furniture, camping, Antarctica and… Well, he's into a lot of things.

Can you give an introduction to Freefolk and its recent expansion? What services do you offer in London and New York?

Freefolk is the upgraded and mingled version of Finish and Realise Studios. We offer VFX, grading, and 3D and CG character animation to the commercials and long form sections of the industry.

Opening up in NYC is a response to requests from existing clients who couldn’t get enough of our thing from across the pond. And now we have an added advantage with the option to remote grade between our sites, so we’ve really widened our reach for our clients.

Do you share projects with other departments within the facility?

Absolutely. Most projects are collaborative. We use a mix of DPX and EXR files, everything is networked. We like to use a little FilmLight BLG now and again.

I was a runner at a place called The Machine Room in London in 1995. I knew the importance of the dark room to photography but shamefully it had never occurred to me the same process happened with the ‘moving’ image.

On my first day I carried a tray of teas into the grading suite and was instantly smitten.  After a year of library hell I was allowed to lace-up my first TK machine and graded my first feature master 6 months after that. You can still get it on DVD, God knows what it looks like.

You moved into commercials in 2005. What drew you to this market?

Tareq Kubaisi. He’s one hell of a salesman!  He told me it was exciting, creative, stressful, well paid. He’s absolutely right. I joined VTR when they had a cutting edge DI department, so we all did dramas and features as well as commercials. It was the least specialised part of my career and I got a kick out of switching disciplines all the time.

You have graded promos for Madonna, Kanye West, Alt-J, Catfish and The Bottlemen, Lily Allen, Lianne la Havas and Burial. Were some of these projects more challenging to grade than others?

Challenging is an interesting word. There is creatively challenging and just plain tricky. Kanye was tricky because of the politics of working for such a capricious artist. You never know if he’s going to suddenly pull the job on a whim.

Alt-J was an artistic challenge because of the juxtaposition of all the images. Getting things to not ‘match’ exactly but still feel cohesive is a ‘ticklish’ business.  Lots of head scratching but ultimately deeply satisfying.

Madonna was a whole heap of fun, there is a (rightfully) very demanding culture of excellence around her imagery. Things were picked over with forensic detail and scrutinised to the nth degree.  As long as she looked flawless we had license to really mess with the images.

What other projects have you been working on recently? Can you tell us what’s special about them?

I recently finished this recruitment film for the US Figure Skating Association. It was directed by Rob Chiu and lit by Khalid Mohtaseb. For my part it’s a straightforward grade, but it was just a joy. I love the gloom in it; the entire film is backlit so everyone is pretty much in silhouette the whole time. It’s relentless.

I also completed an Emeli Sandé promo called Garden. Lit by Rina Yang and directed by Charlie Robbins. It’s a bit of a shift in tone for Miss Sandé and the result is pretty interesting. It is a mix of 16mm and the Alexa camera - it’s really atmospheric, slow and brooding. Lots and lots of fun to grade. Also look out for something creepy from the team behind Don’t Hug Me I’m Scared. Disturbing stuff.

Your body of work has seen you rise up the Televisual charts to the fourth ranked VFX artist, any comment?

Disbelief was my first response, then pleasure.

Demo mode and the little flip up keyboard. And my old friend U N D O. Less flippantly; flexibility, stability, control. It’s a bottomless toolset and I’m still finding new ways to grade with it. I continually share my wonderment with clients, some will geek out with me, and some don’t care as long as it looks how they envisaged their spot. I have never had a client look disappointed that we are using Baselight rather than something else.

The post industry is ever evolving. How do you keep current with emerging technologies?

Never pretend you know more than you do. Keep an open mind, accept your inner geek but temper him with your inner skeptic. I also just push a bunch of buttons and see what happens.  Actually read the manual. Talk to other colourists and imaging professionals.

Is there anything about Baselight that helps the flow of your creative process? If so, what is it?

Yes. Its flexibility. For instance I have only recently developed a stack so that I can grade in RG & B individually and use all the operators for the menus, just in those channels. So now I can sharpen, blur, move, anything I want, but on a channel by channel basis!  I have been getting some crazy looks like that. It’s that kind of adaptability that I find inspiring. There is nothing stopping you getting the look you need.

Would you say you are a ‘technical’ colorist or would you rather prioritize instincts?

40 / 60. I really enjoy both. Ultimately, instincts have to feel right for a grade to work. The scopes don’t say everything. Having said that you need to know your onions to let the inspiration flow.

Practice. Have an opinion. Practice. Look at old paintings. That’s where it all started. Practice.

Absolutely everywhere. Honestly. I am constantly blithering on about the quality of light. My kids can’t stand it.

If you had to pitch the Baselight grading system to your clients, what are the top three things you’d tell them?

It will do what you want. It won’t crash. It can be as complex or as simple as you want it to be. It won’t get in the way of the creative process. That’s four but I would say them quickly.

There is a fair amount of grading being done at home, unbelievably that does relax me. I cook, I ride my mountain bike.  I was given a hatchet recently and I really like splitting logs for the fire. Playing at being a rural person. I try to get up to Northern Scotland as much as possible, the light up there is breathtaking.

HDR hopefully. Can’t wait to get my eyes around it. Having seen it in action I really hope it sticks. 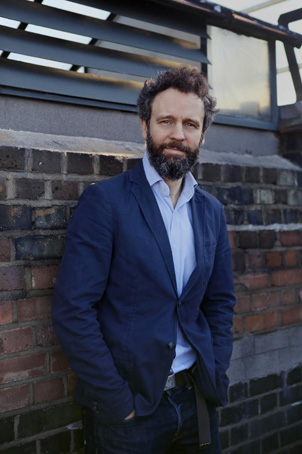 “Ultimately, instincts have to feel right for a grade to work. The scopes don’t say everything. Having said that you need to know your onions to let the inspiration flow.”