Director of Photography & Colourist for Gauguin

It was after director Edouard Deluc read Noa Noa, a travel diary written by Paul Gauguin after his first stay in Tahiti in 1893, that he decided to make a film centred around the artist.

Pierre Cottereau, Director of Photography, and Sébastien Mingam, Colourist at Mikros, share with us their technical and creative experiences on the movie.

This interview is also available in French. Click here to read the French version.

How did you get involved in this project?

Sébastien: Mikros has maintained a special relationship with the production company Move Movie for quite awhile now, and Gauguin was a new collaboration between these two companies.

Pierre: I have worked with the director Edouard Deluc for 15 years. This is the second feature we’ve worked on together, but we have done shorts, commercials and music videos in the past as well.

Is this the first time you have worked together?

S: This is the second feature, after Fanny’s Journey by Lola Doillon, released in 2016. We also worked together on a short by Toma Leroux, entitled Lily in the Clouds, which is touring at the moment across different festivals.

In this movie, you are becoming the painter of the artistic landscape of another painter. What was your reference point for the look?

P: My reference point is always the director’s universe/world. In this case, I love the vision of Edouard Deluc – the finesse of his artistic direction and his obvious simplicity were precious for the image.

The real difficulty in defining the look of this movie was not to scribble over Gauguin’s shoulder. We didn’t want to imitate his paintings. I wanted to follow primarily the mood of the character in order to guide the audience.

The Tahitian landscapes are enchanting: a mix between the Garden of Eden and the forest of the dancing spirits. Inception and originality in the purest sense of the words. I wanted the look of the image to translate this duality.

I usually begin with different constraints - technical, artistic and production - to define the aesthetic frame in which I wish to evolve. I always try not to speculate on the final result. I only hope that my first intuition, and the progress on the film, will create the style/look.

Could you tell us more about the choice of lighting in this project, especially the candlelit scenes?

P: For economic and artistic reasons, I was willing to work on this movie with little extra lighting. In this sense the grading – especially the preparatory work that we did with Sébastien, to decide on the primary look of the film – was decisive. From the first rushes I could feel that we had found the right treatment and this allowed me great freedom in terms of contrast and exposure.

The candlelit scenes were a perfect example. I wanted to film these scenes with the candles as the main source. I was initially quite worried about the way our camera (the ARRI Alexa Mini) would react to this configuration. Until this movie, I had always been extremely constrained with the colours and contrast on this type of lighting configuration; the camera was missing colour range and was imposing a colour and a contrast on me. For the first time, thanks again to the initial work with Sébastien, I had enough of a rich finish to carry on working with our choices at the grading session.

From a technical point of view, did you try anything new on this film?

S: As I was saying earlier, this is the second feature I have graded with Pierre and the second on Baselight. The way we approached the grading for Gauguin takes some elements from the previous work we did together on Fanny’s Journey, because Baselight and its philosophy appeal to us as a tool. But there is also something new since both Pierre and I like technical challenges! Actually we both have a mathematical background, which I think contributes to our good relationship and allows us to approach grading more playfully, I would say.

P: My initial intuition on this movie was to mix, all the way through, two LUTs with different colour ranges. The goal was that depending on the moment of the film, one will take more or less over the other one and insidiously change the mood of the images and the perception that we have of it.

So we used many layers to obtain our base image and therefore we had to utilise many Baselight functions.

Did you step in during the production or afterwards?

S: Both. With Pierre we created our LUTs on Baselight beforehand for the shoot: these achieved both technical and aesthetic criteria. And at the same time, we were obviously trying to improve and refine our LUTs even more. During the shoot, I stayed in Paris so DIT, Audrey Samson, was managing the rushes, applying the LUTs to the grading if necessary.

What were the biggest challenges on this film?

S: We were wondering how the green would react with the application of the LUTs, since the camera tests were done at Le parc de Vincennes in Paris. And obviously the vegetation was different for the shoot so there were some elements of surprise, which happened to be good.

P: The biggest challenge was to create the picture of a movie about painting. It’s at the same time a chance for growth as a DOP, but also very intimidating because the aesthetic is an integral part of the project. We know immediately that our work will be analysed in a certain way, that some viewers will come to see the movie hoping to find Gauguin’s colours, and others on the contrary will criticise that we haven’t moved enough away from it. You need to make sincere and assured aesthetic choices for the viewers to feel we are offering them something to their eyes. And mainly hoping that what we propose and the way we do it is not in total contradiction with the artistic gesture of Gauguin.

In what sense does a DOP contribute to the performance of an actor such as Vincent Cassel?

P: Above all else, the DOP is at the service of the director and the movie. I think that a DOP contributes to the performance of the actor when he succeeds to put in place a technical environment coherent and comfortable for the work of the director with his actors. In the case of Vincent Cassel, who is a real ‘racehorse’, you need to be free, efficient, available and hoping the work of the picture will assist at best the depth of his interpretation.

Do you like to be present in the colour grading suite?

P: I like it a lot, even though I suffer from seeing the limits of my work, but it's a place where I always feel like I'm learning something, where desires, ideas come to me for the next movie. Oddly, the more I am confident with a colourist, as is the case with Sébastien, the less I am indispensable, and the more I want to be there, not so much to finish the job, but to exchange, question myself and find new desires.

How long did you spend on the grade?

S: The final grading lasted two and a half weeks.

How did Baselight benefit you on this project? Any tools in particular?

S: As I said above, the LUTs were created with Baselight, by creating layer structures. At the time of the final grading, I first reapplied, for each sequence, the layer structure corresponding to the chosen LUT. So I was firstly re-doing the link with the working copy, then I was refining or correcting some things that I did not like. The second time, we could take care of the secondary grades as well. Baselight allowed us to have a clear work organisation, and is especially reliable, which is essential when time is running out.

In terms of grading, what did you like the most about what Sébastien and Baselight had to offer you on this movie?

P: Like all operators I have some obsessions. I am very sensitive to how colour and contrast interact together. As long as the contrast is not right, it's hard for me to understand the image I am creating. Fortunately, Sébastien is also very sensitive to this, and does not hesitate to question the contrast when he can’t find the centre of gravity in an image.

He does it in an extremely fine and precise way, refining the work with each new pass. He also uses curves a lot, and from what he tells me the precision of Baselight for this kind of investigation ensures he never feels limited.

I also like the care he takes to organise his different layers - it allows him to have a solid base that he can re-examine at any time. For this too, Baselight is a valuable tool.

What are your thoughts on the idea that the colourist is an artisan and the DoP is the true artist?

P: In the production line of a film, each contributor is at the same time an artisan at the service of someone else's creative desires (the cinematographer is the artisan of the director's image desires, for example) and the artist of his own field of action.

In my opinion a colourist, when he agrees to sincerely give his sensitivity to the project, when he is more interested by the creativity than the result, he is just as much an artist as a DoP. I think Sébastien has that, because he doesn’t hesitate to question his knowledge, and because he uses his grading system as an instrument, allowing him to search and evolve in his work.

What was extremely enjoyable about the two features we made together, was that each time Sébastien seized the images and became the raw material of his own creativity. In my opinion, there is nothing more flattering than seeing your work being fruitful and carrying ideas for someone else.

What are you working on at the moment?

S: In my case, I'm mainly working on commercials and clips right now. I have a restoration and a long footage planned in the spring. And I have just learned that I will be working on a new feature film with Pierre over the summer.

P: I have just finished a film from Antonin Baudry, which happens in the world of submarines, and I'm currently shooting a film from Antoine Raimbault, a film about a trial. 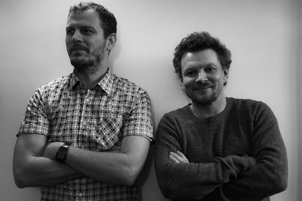 “The real difficulty in defining the look of this movie was not to scribble over Gauguin’s shoulder. We didn’t want to imitate his paintings. I wanted to follow primarily the mood of the character in order to guide the audience.”