Raised in New York, Laura has been a lead colourist for years. Now at Encore, she is notably working on episodic television series including the Netflix’s hugely popular political drama House of Cards. She is sharing her experience with us.

What was it about the art of colouring that first attracted you to it?

I’ve always been drawn to art and design in any capacity. When I discovered the medium of colour grading in post production, I was thrilled; it’s a way to explore artistry that is completely different from the familiar. I didn’t even know it existed. I began assisting a lead colourist, and within a year I was doing my own dailies.

What are the challenges in grading television episodics?

Grading episodics can be tough, because the content has to flow cohesively across shots and scenes, episodes and seasons, and you’re often turning around work very quickly.

On ‘House of Cards – S3’, what was the collaboration like between you and the cinematographer, producer, directors?

Collaboration with production on House of Cards was seamless and continuous. The producers and DoPs were involved in the colour the entire season. We also used PIX and identically calibrated monitors to facilitate remote sessions.

The show's look is driven by themes of political machinations. For this new season, how was the look developed with the filmmakers? How did the material inspire you?

The vibe of the show was already well established so we weren’t looking to make any major changes for the latest season other than DoP Martin Algren adding his touch to the show.

He shot camera tests at the onset of production and from there, we were able to determine what modifications were needed from the LUT used on season two.

Were there any difference between the season 2 and 3 in terms of colour, look, tone?

Season three is really a blend of the colour and contrast from the two previous seasons.

Overall, what was your experience like creating the look of this show with Baselight tools?

With Baselight, I’m able to create my own LUTs and/or modify them as needed. I can also track and comp, and execute multiple windowing within a single layer and printer point manipulation. These features simply help to make my grading proficiency bar none, which not only makes me happy but also equates to happy clients as well!

What part of the grading process do you spend most of your time on? The initial grade? Keying and secondaries? Creating a look?

Creating the look is the first step of the process and that becomes the initial grade. Everything after that is fine tuning individual shots within a scene, which is where windowing and/or keying comes into play.

My grading style depends on the project and its intended look. To some degree, an image dictates what it wants to look like – not over manipulated. My personal aesthetic is so varied honestly. My style is maintaining the DoP’s integrity and creating something beautiful to look at no matter what vibe it has applied to it.

If you want to be a colourist, learn all that you can about every step of the process. Research different cameras and file types, become an assistant and absolutely practice. Get on a kit and experiment by emulating looks from existing shows, magazines, commercials or films. And don’t be afraid to ask questions from those more knowledgeable.

‘House of Cards – S3’ was shot in RED 6K, can you tell us more about working directly with the raw data within Baselight?

Baselight allows us to debayer RED files live; the captured 6K would play back in real-time 4K without waiting for content to cache.

Can you explain the process of grading in uncompressed 4K?

The larger the file format, the more detail you have to work with. This applies to the grading process as well.

What are you working on now?

I am currently working on two new television series: Proof and Mr. Robot.

Artists everywhere inspire me; there are too many to name!

House of Cards, of course. 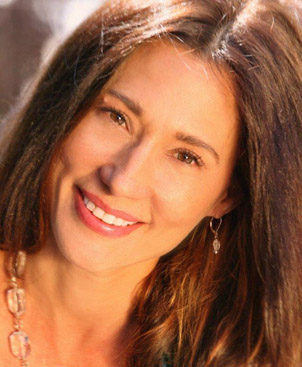 “Baselight’s features simply help to make my grading proficiency bar none, which not only makes me happy but also equates to happy clients as well!”