Matt is a member of the renowned international Colour Team at The Mill, having freshly moving offices from London to Chicago. He recently graded a 7-minute epic for H&M starring David Beckham and Kevin Hart. Here he talks about his work and his passion for grading.

I first started colour grading at University, before I left and got a job as a cameraman. That’s when I really got a taste for it and truly enjoyed the process of improving the production value. When I moved to London, I found a job as a runner at MPC and over time I managed to work my way up to the position of colourist, learning as I went from some great mentors along the way. So I would say it’s partly about being at the right place at the right time but also down to working hard.

At The Mill, we create content for the advertising, music and games industries; however, I try to do as many promos as possible as these are more creatively flexible. For me, if I get an offline or treatment for any content and it's something that looks like it could be a special project, I want to do it!

I recently graded the 7-minute spot for H&M starring David Beckham and Kevin Hart, which was directed by Fredrik Bond. I hope commercials go more this way. This ad was treated like a mini film, with outtakes and making-of on the back of it. I think its fantastic.

I previously graded the fully CG commercial for Audi ‘Birth’ which was directed in-house by Andrew Proctor. The CG is so photoreal that I worked to ensure that the images flowed seamlessly and retained as much detail as possible to add to the dark, intense, atmospheric tone of the film. It’s a very special piece and I’m really proud to have been involved.

I’ve also completed Major Lazer & DJ Snake’s promo ‘Lean On’ directed by Tim Erem. Tim wanted to go for a Bollywood vibe as the film was shot in India. I immersed myself in what made a Bollywood film so... Bollywood!  But I wanted to add a more modern grading style, so I introduced some neon, cyan and cool greens to give separation to the warm image. The Baselight tools made this really easy for me. When I get creative briefs through I always believe I can achieve the desired look.

With the gap closing between production and post, do you find yourself getting more involved at the beginning of a project?

Yes and it's happening more and more. It may be right from treatment stage, particularly if it's a colour-driven piece.

Sometimes we have to test footage that’s already been shot, to verify that it’s good enough for the final grade. I haven't had my call yet to jump on a plane to Barbados and colour consult on a shoot – but fingers crossed!

The industry can be challenging, but if you have your heart set on a goal, don’t give up. Find a colour grading mentor, choose the best you can find and learn as much from them as possible. This stops you from picking up bad habits. It's true that colour grading can be subjective, but there are methods that can be learnt that give you a cleaner and more compelling outcome. Sitting next to a colourist at work was how I learnt my trade.

Immerse yourself in what makes a good grade, practice hard and look around - inspiration is everywhere.

And what is your inspiration?

The people who inspire me are those who constantly push themselves in order to achieve their full potential. It’s a valuable reminder that anything is possible if you put in the hard work.

I am incredibly lucky, I go to work and really enjoy what I do. For me what makes it all worth it is being a valued part of the filmic process. There is a huge amount of time and energy that goes into all of these projects, and if I can add something to improve the end result then it’s an incredibly good feeling.

Layer 1! I love what you can do in that base layer. You can make it really simple. The video grade, curve grade and hue shift are fantastic tools too.  You can really set your base grade in that. The simplicity of trying and applying grades is fluid and so quick to do.

I recently enjoyed ‘Mad Max: Fury Road’. Eric Whipp did a fantastic job on the grade. Spike Jonze’s work has always been a massive inspiration to me too. As for commercials, Guinness ‘The Swimmer’always sticks out as an iconic spot. 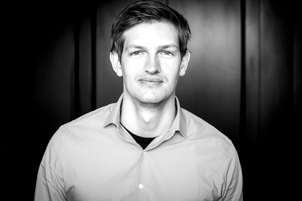 “What makes it all worth it is being a valued part of the filmic process. There is a huge amount of time and energy that goes into these projects, and if I can improve the end result then it’s an incredibly good feeling.”