Nico Ilies is Head Colourist at Technicolor in Montreal, which recently joined the New York, Los Angeles and London Technicolor facilities with Baselight as part of their DI pipeline. Nico started his career as a colourist in Munich 20 years ago and brings an impressive portfolio. Most recently he graded the BBC television production, Jonathan Strange & Mr Norrell.

A bit of luck, a bit of planning, and a lot of planning my luck. While I love the cinema I actually studied mechanical engineering, specialising in optics in Bucharest during the communist era. Through my university days I got my hands on a VIP pass to the Romanian Cinematheque and I spent a lot of time watching movies and studying all the greats.

Two years after I graduated the revolution came, which meant I could get a passport. I set off to find a job in Germany, and – whether by accident or luck – I ended up one day at Bavaria Film Studios, on the set of Smilla’s Sense of Snow. Seeing the DoP at work was fascinating for me. I asked him for advice on a career and he suggested I become a colour timer. That was the clue for me to plan my luck.

I got a job as a tape operator at Beta Technik near Munich. In my free time I shadowed the senior colourists, people like Miguel Lopez, Martina Kiechle and Alfred Kohlmann, and eventually I was allowed into the grading suite on my own.

Actually, my first job as a colourist was on a black and white feature. Of course I thought they were joking, asking me to colour correct a black and white movie, but they explained that keeping the same contrast throughout the feature, making sure all the cuts are smooth and you do not notice any luminance jumps is a core skill to becoming a decent colourist.

For a while I worked on commercials, but in the last seven years I have mostly concentrated on feature films and DI.

Recently I have been setting looks for Crouching Tiger, Hidden Dragon 2, and will do the final grade in a few months.

Jonathan Strange & Mr Norrell is a seven-part adaptation of Susanna Clarke’s novel set in the Napoleonic Wars. This was my first complete television drama in 20 years. Although it is television, the look that the creative team wanted was cinematic. It is a beautifully crafted, period fantasy drama with outstanding acting, great cinematography and art direction, beautiful costumes and amazing VFX work.

To do it justice we colour graded it in our DI theatre on a big screen. Each of the locations in the seven episodes has a very distinctive look: northern England, Venice, the Battle of Waterloo, and the fantasy Lost Hope World.

I sometimes used the DFuse feature in Baselight to create a subtle fairy tale feeling by glowing the highlights. And I often switched during an episode between using the film grade for a soft velvety look and the video grade for creating that silvery ambience.

Jonathan Strange & Mr Norrell has everything a colourist needs to get excited: period drama with its fabulous costumes, fantasy worlds, beautiful locations and cinematography and the freedom to push the look a little.

Describe your Baselight suite and set-up and how it increases your productivity and creativity?

I use a Baselight TWO system with a Blackboard 2 control surface. In our theatre we grade using an NEC projector.

A colourist is an artisan. And an artisan needs the right tools to create the best results. Baselight is my tool of choice and I am grateful for it everyday. I choose to work on Baselight for many reasons, including – to name a few - the extremely intelligent and always up-to-date colour management system, the ability to tailor the tools to the way I work, the clever multiple rendering and the very knowledgeable developer team.

What makes Baselight unique for me though is that it feels very personal. What a Stradivarius is for a violinist, so Baselight is for a colourist.

What about using raw data?

Working with raw camera data is like scanning the original camera negative. If the raw data is already debayered and processed, you are working with a tech light. Someone, somewhere has made some technical and creative decisions and you are stuck with them.

Baselight allows you to work with raw files without any real-time speed issues.

What are the challenges in getting the look you want?

The right look for a movie is the treatment that fits the story being told. However, if it stands out too much it takes you away from the story so it has the opposite effect. Good grading should be invisible.

The sense that I have found the soul of the movie.

This usually happens halfway through the first pass of grading. No matter how much planning takes place in pre-production in terms of the ‘look’, I believe it is only after the film is edited that you can see it as a real entity - something which can speak for itself.

A good day is when it finishes with a strong, sincere handshake from the client, as a sign of respect and understanding.

How has your role as a colourist changed?

I do not think the role of colourist has changed as much as me – I am constantly changing.

I realised over the years that less is indeed more.

If there has been a change in the role it is that sometimes there are too many political decisions between the creatives and the finished product. For this reason I have learned not to judge the colourist or DoP if I do not like the final colour treatment of a show.

What skills do you need to be a successful colourist?

First you have to love to work in the dark. I was born in central Transylvania, so I am a natural!

If you are not passionate about what you do, you will have a very hard time in this job. You also have to be curious about new technology, and about meeting and working with people with different characters and exotic temperaments.

I admire the work of Peter Doyle as a colourist. My teachers, though, are my clients. They have really taught me what I know today; how to look at an image, when something needs fixing, how to enhance it and why. During my 20 years as a colourist I have been lucky enough to work with some of the most creative and respected people in the industry. These people are my inspiration.

What or who is your favourite film, actor or director?

I cannot make any secret of how much I love the Johnny Cash video Hurt, directed by Mark Romanek.

Daniel Day Lewis is my favourite actor. He is so good, and chooses his roles so well.

And if I could have worked on anything during my career, it would be any of Bruno Aveillan’s amazing work. 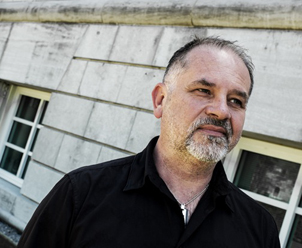 “An artisan needs the right tools to create the best results. Baselight is my tool of choice and I am grateful for it everyday.”