Set to be the summer blockbuster of 2013, Pacific Rim is a Warner Bros. and Legendary Pictures production, directed by Guillermo del Toro with cinematography by Guillermo Navarro. Set in the not too distant future, the world is under threat by huge invaders who come from beneath the sea: mankind’s only hope is the Jaeger, a giant robot that takes two human brains linked together to operate.

This effects-heavy movie uses colour to striking effect, a world of highly saturated colours and vibrant images. In charge of perfecting this look was Maxine Gervais, colourist at Warner Bros. Motion Picture Imaging.

Maxine, originally from Quebec and now a very respected member of the Los Angeles post community, studied fine arts at university but developed a passion for lighting and texturing. Her work eventually brought her to Hollywood and, having worked on a number of highly successful movies such as Book of Eli and Harry Potter and the Goblet of Fire, she has been a lead colourist at MPI since 2009.

All the live action on Pacific Rim was shot on RED cameras at 4K resolution for a 2K finish but, as Maxine described it, “the look was set in a digital setup and needed to be translated into film with the same bold statement. They were going for a very poppy look where digital spectrum would allow such latitude.”

They also decided, during production, to make a 3D version of the movie. On a project this scale, everyone has to be in complete agreement with the way it is going to look, then focus on making it happen. For Maxine, this meant getting a clear idea of the director’s intentions right at the start of the project.

“I took my laptop Baselight on set,” she recalled. “I made sure I was using all the right colour curves, so I was sure where the DoP was going. I did tests with Guillermo Navarro that he loved – that’s how I got the gig.

“When I did the first pass I showed it to Guillermo del Toro and got notes from him, but they were somewhat minimal and very much on the same page as Navarro,” she continued. “They gave me a lot of freedom and once I knew what they were reacting to I could predict and work to that.”

Guillermo del Toro added, “I was working with Maxine for weeks and we quickly established a common language that maximized the nature of the colours and depth of blacks I wanted. We were seeking a very strong, graphic look, almost painterly. By the end of the process, Maxine and I had developed almost instant communication. The colour coding of the film is very strong and specific and we achieved it thoroughly.”

Maxine was determined to maintain the best possible quality from the raw camera output onwards. With Baselight EIGHT, she ran comprehensive trials on the de-Bayering algorithms; for instance, setting up the way she wanted the processed files to look precisely and then making sure the conversions in RED tools achieved exactly the same results.

“I verified everything in real time inside Baselight, and if I had to pull scenes really quickly then I could just load the RED plug-in and do it in real time,” Maxine explained. “Baselight was always the reference, and was the guide if we did anything outside.”

Much of the movie depends on detailed effects layers, produced by ILM. The live action plates were quality confirmed and de-Bayered by Maxine, but shipped up to ILM as raw EXR files: nothing was pre-timed. What she did do in Baselight was all the optical work: any dynamic zooms into or repositioning. That meant shots could be adjusted when they came back from ILM, along with the colour grading. The director liked the flexibility of being able to create dynamic repos and zoom on the fly. And if needed it could be baked in and sent to Stereo D for the 3D pass.

“Colour is very much used to tell the story,” Maxine said. “There are a lot of saturated colours in some of the scenes, and it is great to be that saturated but still maintain good skin tones. Baselight gives me the ability to easily create separation between colours.”

On this project Maxine worked with a colour science engineer from MPI, supported by FilmLight, to create a smooth workflow. “We created a LUT as a grade,” Maxine offered as an example. “I just kept it in the timeline – a minimal thing but very helpful. If it didn’t work for a scene it was easy to just throw it out, but it was a good starting point.

“I was on the movie for maybe a year, but there were two months of full-time colouring,” she went on. “All the effects shots came as composites, but it was easy for me to create mattes in Baselight if I needed them.

“During the production process we also switched to 3D, which needed individual tweaks from the 2D grade. For this process I was wearing 3D glasses, and relying on Baselight to give me two 2K files in real time – that’s 4K real-time playback with stacks of colour and floating windows. I also did a scene-by-scene compare between 2D and 3D, to make sure all translated perfectly.

“Stereo grading is a standard capability in Baselight, and for Pacific Rim the tools were used intensively, including a large number of floating windows. “I don’t know how many we had – about a gazillion,” Maxine said. “We had a really structured workflow to keep track.”

The secret to success in this project was Baselight and its ability to provide real-time processing. “Nothing was baked in,” according to Maxine. “It was all done in real time – with clients watching you need to be able to do it and play it, whether it’s 2K or 4K, it has to be real time.”

“Baselight was definitely the right tool for this,” she concluded. “It gave me everything I needed – nothing was missing. We used it all the way through from the conform to the colour grading and even for some small visual effects. Everything stayed in Baselight in terms of the DI.”

“Now I am so comfortable with Baselight that I don’t even know how I do what I do – it’s like breathing.” 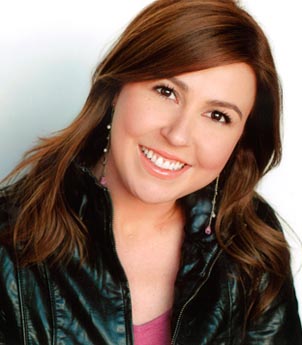 “Baselight was definitely the right tool for this. It gave me everything I needed – nothing was missing. ”