Capturing ’The Painted Bird‘ in black and white

FilmLight talked with DoP Vladimír Smutný and UPP Senior Colourist David Koubik during CAMERIMAGE about their collaboration on The Painted Bird. The movie collected several prestigious awards, including the CAMERIMAGE 2019 Bronze Frog.

The challenges in bringing Jerzy Kosiński’s controversial novel The Painted Bird to the screen drove producer/director Václav Marhoul to seek unusual solutions. A partly personal story of the wartime occupations of central Europe, the novel’s suggestion that not all citizens were brave resistance fighters meant that it was routinely banned in the communist era, and remains unavailable in Poland to this day.

The Czech director elected to set this Polish novel in an undetermined Eastern European country, shooting much of it on location in Ukraine, Slovakia and Poland as well as the Czech Republic. The need to create practical sets in different countries meant that principal photography took more than a year.

The boldest decision, though, was to shoot this long movie (it runs two hours 49 minutes) on 35mm black and white negative.

Handling the camera was veteran DoP Vladimír Smutný. “For every cinematographer, this is a wonderful gift,” he said. “Although this is my first black and white feature, I grew up with black and white photography.”

The challenge of black and white, of course, is that you have to create the image using contrast alone. But, on the other hand, you can use tricks with filters that would not be available in colour. “On The Painted Bird, I used yellow and red filters for darkening the sky,” he recalled, “and a green filter to lighten all of the different shades in the naturally present greenery.

“You don’t have to stick with realistic lighting design,” Smutný added. “You work with contrast and shapes when creating the black and white transposition of a colourful reality.”

He also chose to shoot much of the film using Hawk anamorphic lenses, generally with a small aperture. “In this film, the composition is a bit special,” he said. “I didn’t concentrate a lot on the edges of the frame. The Hawk has a lot of distortion, which I like. It’s a special look.

“I like noir films with deep contrast and strong key light,” Smutný explained. “But I try to embrace modern cinematography too.”

David Koubik, Senior Colourist at UPP in Prague, was charged with translating the film negative into a deliverable movie in one of UPP’s four Baselight colour grading suites.

Since its establishment in 1994, UPP has become the largest and most versatile visual effects and post production house in mainland Europe. With teams in Prague and Budapest, they work for moviemakers and clients from all over the world.

Koubik first worked with cinematographer Smutný a decade ago and their regular collaborations since then meant that they were very much in tune with each other. “Working together that long, there’s a shorthand,” Koubik said. “It guarantees a certain continuity, and at the same time a joint discovery of new grading possibilities.”

The nature of The Painted Bird meant that he was involved in the project for three years, starting with lens, camera and stock tests. “Initially, positive prints of our 35mm test footage were made, and we projected them to see what the print would feel like. And we found that it did not work very well for us in terms of tonality – the amount of detail in the darker areas – so Vladimír and I had to slightly reconsider our approach.”

Smutný explained, “I shot some night exteriors during the day, especially when I wanted the landscape to be visible. I exposed normally because I needed strong highlights. For these scenes, David and I created a night look in the grading suite.

“On the other hand,” he added, “when I wanted to achieve strong blacks, I shot at night. We combined both approaches.”

It demanded intensive work in the grading suite, despite there being no colour. The initial grade took 17 days, then when the VFX shots were delivered there were further screenings and trim sessions. In total the grade took 25 days.

“I relied on Baselight’s Base Grade, with its intuitive way of controlling your tonal range, which is critical in black and white,” Koubik said. “We had to deal with exterior scenes where the weather was not good, so the image was quite flat. And we were certainly limited in adding contrast because of the grain.

“But Baselight, with its robust design philosophy and speed, is an ideal tool – and not only on this project,” he added. “I really love working with it.

“Given the topic and the length of the film it was sometimes demanding for me,” Koubik concluded. “But I really respect Václav for making this happen. I appreciated the chance to work on what I consider to be a masterpiece of cinema.”

“I really respect Václav for making this happen. I appreciated the chance to work on what I consider to be a masterpiece of cinema.” 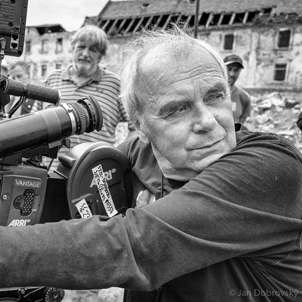 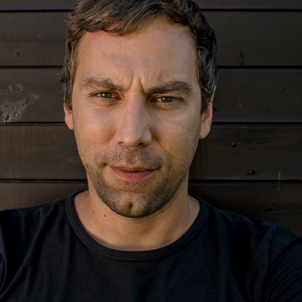