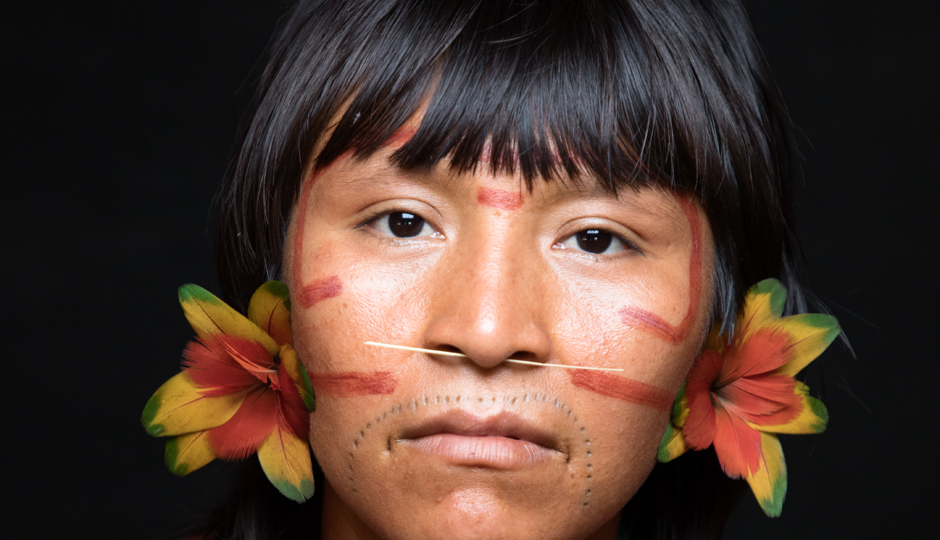 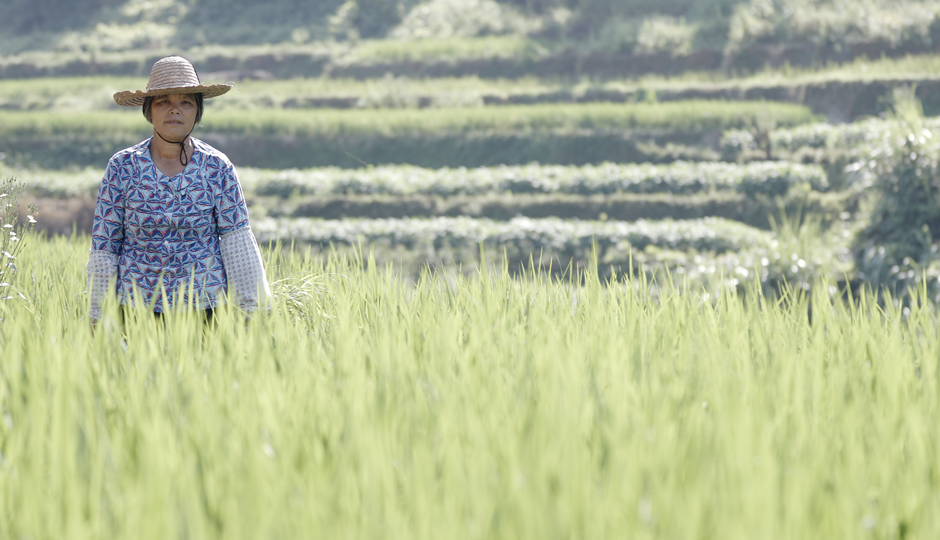 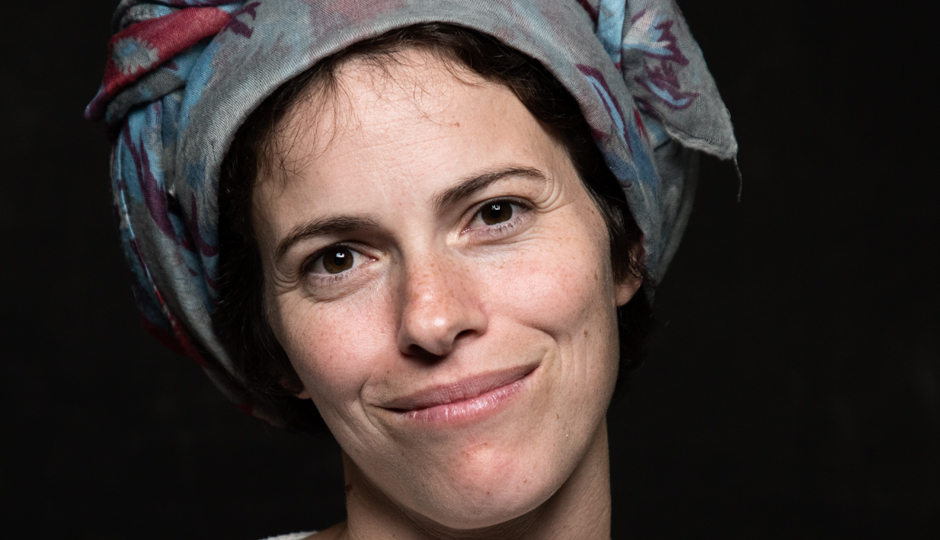 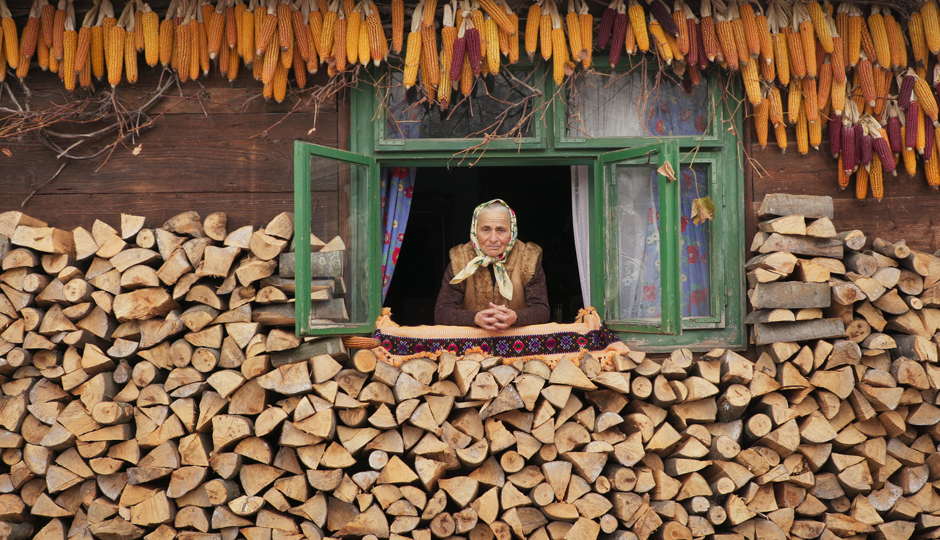 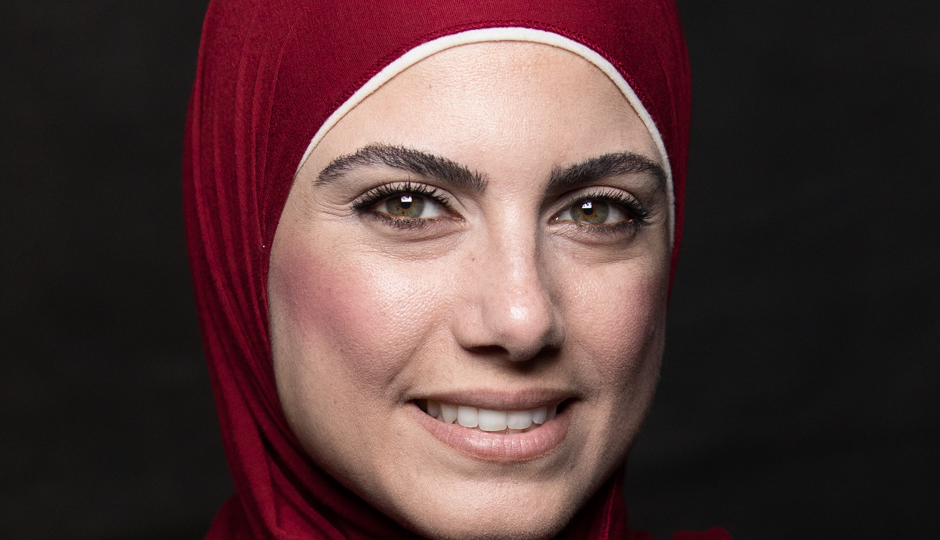 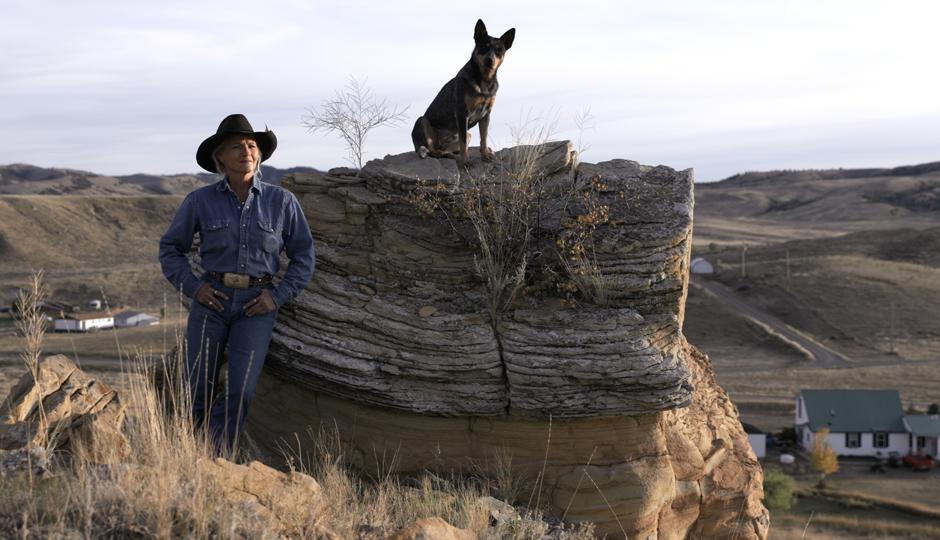 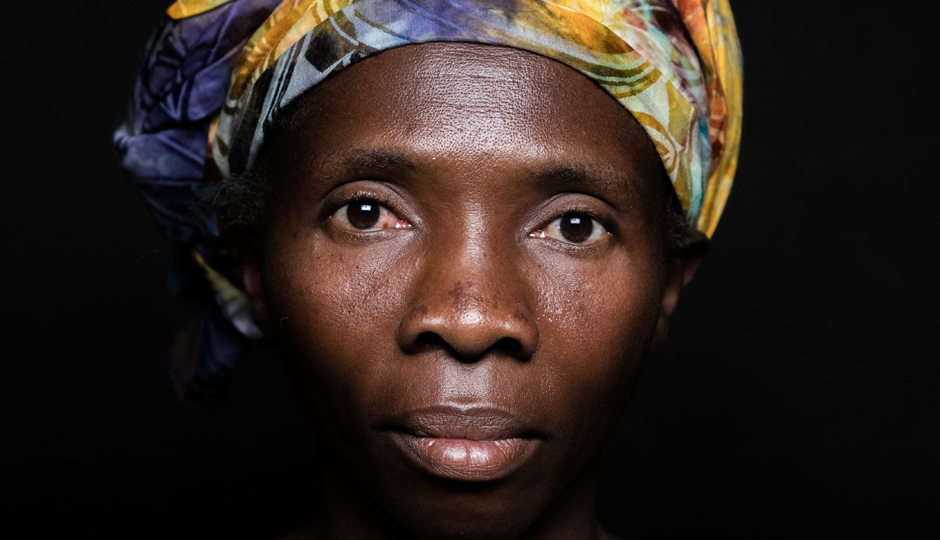 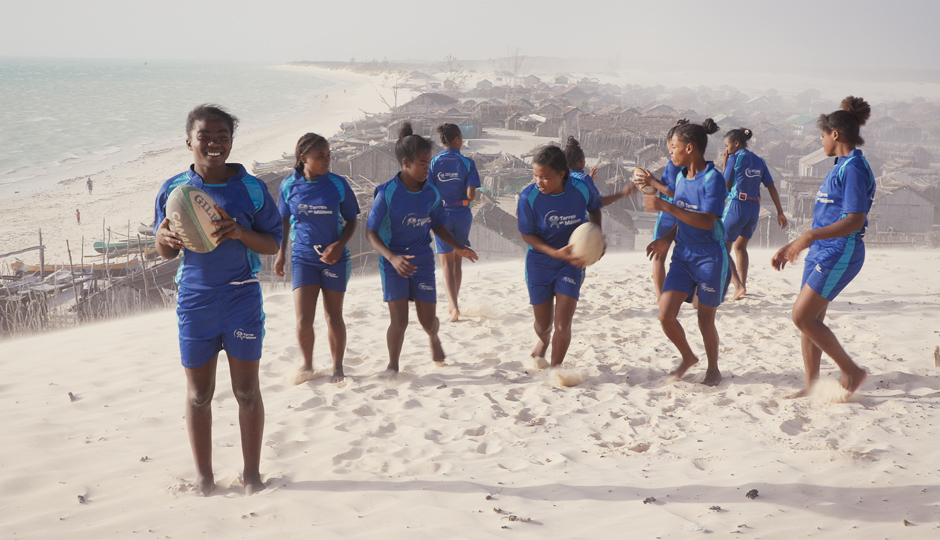 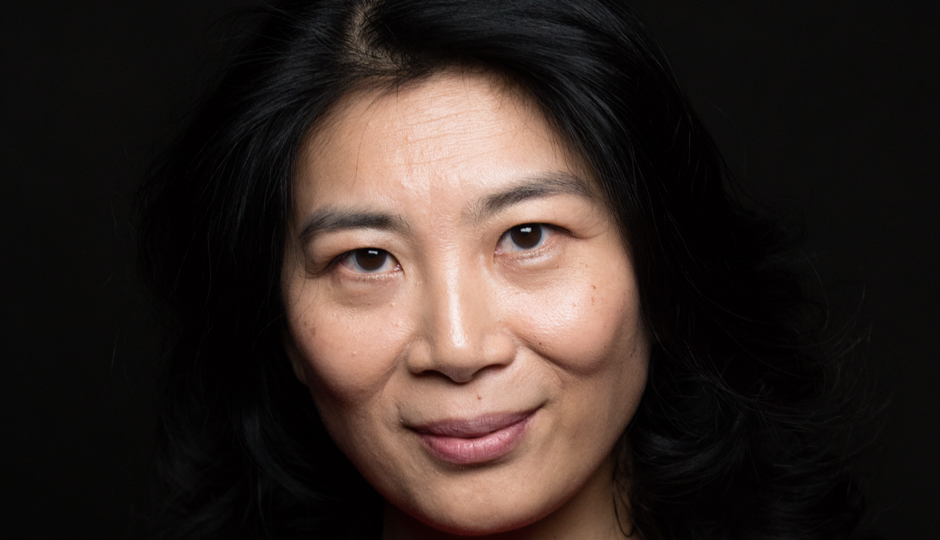 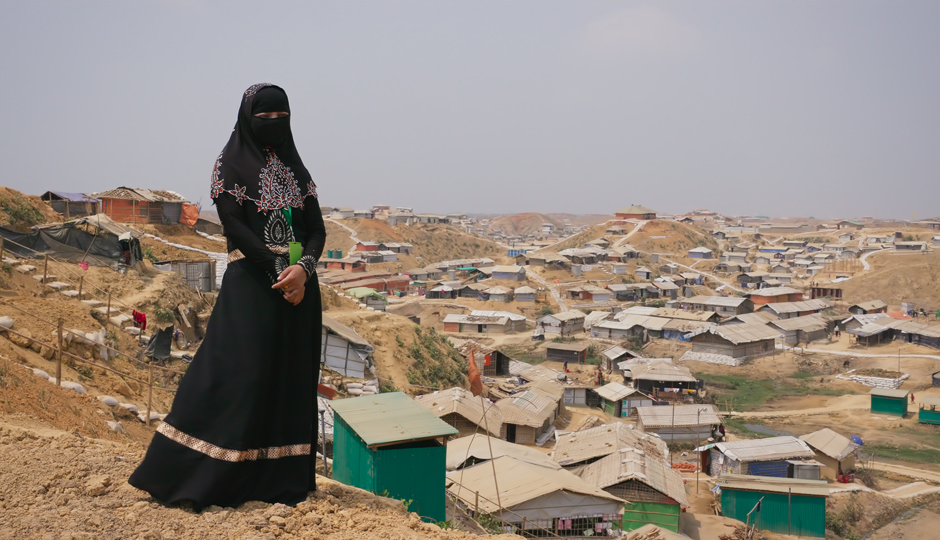 ‘Woman’ – the voice of women across the world

Directed by Anastasia Mikova and Yann Arthus-Bertrand, Woman is a remarkable documentary, which brings to the screen almost 2000 women, from 50 countries. It focuses on what it means to be a woman in today’s world by looking at various topics in women’s lives, both big and small. It was graded on Baselight by freelance colourist, Stéphane Azouze, who had worked with Mikova and Arthus-Bertrand as DIT (Digital Imaging Technician) on an earlier project called Human.

Human saw Mikova and Arthus-Bertrand interview men, women and children all over the world. “Men were really happy to share their story,” Mikova, who was then the first assistant to the director, recalled. “They were proud and quite at ease talking in front of the camera. But the women at first would be quite suspicious – why were we asking all these questions?

“However, once in front of the camera, it was like they had been waiting for this moment their whole lives – things that they had kept inside for many years could finally be released. It was so powerful and so incredible.”

The two directors began working on the project four years ago, before the #metoo movement and the Weinstein affair and were not surprised by the events that unfolded.

“I have been doing documentaries for many years and in some countries, 10 or 15 years ago, it would have been almost impossible to find a woman who would be able to share her story and intimate experience in front of a camera,” explained Mikova. “So, seeing more and more women willing and ready to be heard, was a big difference and we thought, ‘OK, the time has come, let’s create a window for them’. And that’s where this project began.”

Mikova and Arthus-Bertrand have worked together for 12 years, first on an ecological TV show for French television. Then she joined Arthus-Bertrand at his small, tightly-bound production company to create these epic documentaries. “A project like this takes three or four years,” Mikova said. “It’s a very long time, so it creates quite a strong relationship across the team.”

Having spent the first year in planning and preparation, over the next two years they shot almost 2000 interviews, in 80 sessions and 50 countries. Mikova did as many of the interviews as she could, but had a trusted team of five journalists, only women, to support her as well as several camerawomen and cameramen – one of which was Mikova’s husband, Dimitri Vershinin, who worked on Human and Woman and was already comfortable with the specific format of the interviews the two directors wanted to reproduce everywhere. They also worked with local journalists, again only women, in every country where the interviews took place to find the women to interview and prepare each shooting in advance.

“Once you have 2000 interviews with women, many of whom have opened up for the first time in their lives, the challenge is to go deep into yourself to determine which ones you should use,” she said. “We would gather topics – like sexuality, motherhood, empowerment, education or work – then we would listen for hours and hours to make a selection on which we all agreed.

“That first version was maybe eight or nine hours long!” Mikova recalled. “Starting from there, to get it down to one hour 45 minutes was really difficult, because we had to lose so many interviews that we really wanted to keep. It took us almost a year to come up with the final editing, which is long for a documentary. Thankfully, we were chosen to premiere the film at The Venice Film Festival, which gave us a deadline to work towards. If not, I’m afraid we’d still be editing the film today…!”

The editing process was made slightly easier in the knowledge that accompanying the film will be a book and an immersive exhibition that will travel the world. “All of the women will exist in some way in our project,” Mikova insisted.

The nature of the content means that the filming style is extremely simple and intimate. “We set up simple studios, sometimes in incredible locations like in the middle of the desert,” Mikova explained. “It was always the same thing: you see just a face, on a neutral background, with one light, all very minimalistic.”

Armed with all this material, the directors turned to freelance colourist Stéphane Azouze. Azouze came to the Baselight seat via a very unusual route: as a camera operator and shading supervisor, also specialized in aerial photography. He first met Arthus-Bertrand when Yann needed helicopter shots for a feature project he was creating in 2006 – another two-year documentary project called Home – and became DIT.

For Human, the previous project from Mikova and Arthus-Bertrand, Azouze was colour and workflows supervisor, ensuring every operator stuck to the defined set-ups and protocols. He also worked on the dailies with colourist Gilles Granier at Technicolor. “Gilles is fascinating by his ability to artistically respond to creators demands, with great teaching skills,” Azouze said. “He gave me the bug. With my experimented shading operator’s eye I understand colour and contrast, so I had a great foundation to work on.”

Azouze then went on to establish himself as a colourist, not least on television projects for Arthus- Bertrand.

Woman was shot on a mixture of cameras: The Canon C300 was largely used for the interviews, with the RED Dragon and Helium, Sony F55-F65, and drone cameras when needed, for beauty shots.

For the interviews, the directors and Azouze set a clearly defined format, with a standard studio portrait background, the same light, and laser-measured distances between the lens and the subject. “But the results are uneven,” explained Azouze. “And that’s normal, because each of the operators has a different eye, and with only one source of light it was sometimes hard to take the person off the black backdrop.”

To put the interviews in context there were also sequences of the home and work environments of the women, but also more artistic sequences of women’s lives. They are seen working in hundreds at a clothing factory (DOP Daniel Meyer); dancing on a skyscraper by the vertical performers troop Bandaloop, filmed by James Adamson; scenes of joy among groups of young girls attending a music festival (DOP Bruno Cusa); and even underwater shots (DOP Denis Lagrange) with a Japanese free diver Sachiko Fukumoto. And there is also a sequence led by photographer Peter Lindbergh and filmed by French cinematographer Caroline Champetier, which featured women of all ages undressing in front of the camera, confronting us to real women’s bodies: young, old and some of whose bodies show the serious effects of illness. These intimate images were shot in the studio set-up: very bright and close to the backdrop.

“There was no question of using make-up: we wanted the women to be as natural and realistic as possible,” said Azouze, “But, on the other hand, if they came to the interview with make-up on, we let them be.”

“We wanted the colourist to see the natural beauty of all these women, and the natural aspect of who they are,” added Mikova. “We really wanted to portray the feeling that these were real women.”

The first challenge for the grade was to bring all the content together, and to accommodate some difficulties of the C300 on wide shots. “Some shots did not correspond to the pre-set we had agreed, which in turn meant that working in the specified Canon log colour space did not work and I had to choose another starting base by hand,” Azouze recalled.

One thing that did please Azouze was the ability to compensate for the C300 without generating a lot of noise. “It works very well on Baselight,” he said. “I was amazed: on some shots I usually have to do a noise reduction pass, I didn’t have to with Baselight.”

The nature of the documentary meant that there were few grading ‘tricks’, but it was necessary to add some interpretations into the grade. “Champetier / Lindbergh’s sequence is almost black and white,” said Azouze. “The woman who testifies immediately before it cries and turns red during the interview; she was very emotional. So, I animated with several keyframes to desaturate gradually to arrive on something that moved naturally into this black and white sequence, so there is not too much of a break.

“Then I noticed that this black and white sequence came out looking green, despite there being no green in the image,” he continued. “This is a well-known problem of persistence of vision. You have a succession of coloured images (mainly faces in close ups) so your eyes accommodate to it. When you switch to black and white, it comes out green – it’s crazy!”

Azouze completed the grade in one of the Baselight suites at Mikros Image in Paris. “We wanted a master for theatre, which led us to projection and Mikros.” The grade took 25 days in the summer of 2019, plus an extra block of five days to cover a complex end credits sequence with a montage of all 2000 faces.

“I used Film Grade and Base Grade a lot, along with Texture Highlight and Texture Equaliser,” he said. “The tracking I absolutely love, and on the creativity and finesse level I feel I can go further with Baselight.”

Anastasia Mikova took on responsibility for supervising the finish. They agreed the look together. “It came with the flow,” according to Azouze. “I made proposals at the very beginning, and she guided me on colours and on renderings of certain people. We ended up together for the final grade, but the base was largely there.

“I feel like I’m going further on Woman with Baselight,” he added. “The look overall is quite desaturated, because Anastasia wanted something subtle – that we do not focus too much on the clothes, that the skins do not catch the eye too much. The stories are not always cheerful, so we tried to remain discreet and true.”

Woman was premiered at the Venice Film Festival on 1 September 2019.

“Once in front of the camera, it was like they had been waiting for this moment their whole lives – things that they had kept inside for many years could finally be released. It was so powerful and so incredible.”