The Northlight film scanner is the benchmark for quality in the high-end film restoration market.

Northlight has already been used on many restoration projects at Sony Pictures Entertainment, as well as on Paramount's restoration of The GodFather, The African Queen and Dr Zhivago. Pinewood Studios has also installed a Northlight scanner to restore titles from the StudioCanal British Library.

The Lady From Shanghai

Raiders of the Lost Ark

Northlight deals with excessively shrunken film—from 1% to 3%—as a matter of course, and can even cope with film shrunk more than 3% if needed.

Northlight has two loop rollers that apply a gentle, linear tension to the film. If your film is shrunk, the loop length will vary—so the rollers have been designed to adjust automatically, ensuring that the loop remains symmetrical.

Registration pins are available for 0, 1, 2 and 3% shrinkage.

Northlight controls how much contact film has with the sprockets. If film is excessively shrunk (<1%), you can engage fewer sprocket teeth.

For non-standard or very damaged films, you can fit alternative sprockets or perform completely pinless transport by fitting capstans in place of the sprockets.

Northlight treats your film with the care and attention it needs, no matter how damaged or delicate it is.

The film gate has a linear encoder that provides continuous positional feedback. This means Northlight can instantly adjust the gate actuation, reducing the need for you to intervene when scanning damaged material.

Overscan gates offer a much wider scanning aperture for 16 and 35mm film stocks and are used without registration pins.

The Northlight software stabilises the images at scan time and outputs the frames at a standard aspect ratio. Alternatively, you can choose not to stabilise and output the frames with an over-sized aspect ratio instead, so you can apply post-scan stabilisation and cropping. 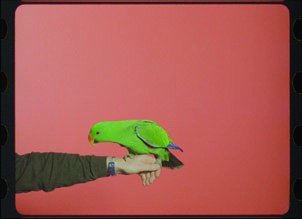 Image from the overscan gate 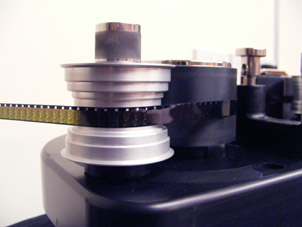 Up to any job, without compromise

We built the Northlight with the capability for 16 and Super16mm, and all 35mm formats including 2 perf, 3 perf and VistaVision. Format changes take just a few seconds. Any output format and aspect ratio or crop can be defined as well as anamorphic squeeze/unsqueeze.

Northlight handles 35mm and 16mm film gauges as standard; however, the projector and film path are capable of dealing with any sub-35mm gauge. The system can actually cater for up to four separate gauges.

Under normal circumstances, Northlight holds the film flat and the focus remains optimal. However, if the film you are scanning is curved, warped or damaged it may not sit in the same plane as modern material.

The Northlight gate has a manual focus adjustment so that you get flawless focus on every frame, with a default position that allows you to reset focus fast and easily.

The Northlight control software gives you complete management of:

Adjust the default pinning force if the film is particularly delicate or damaged.

For damaged sections of film where operator assistance is required, progress the scan sequence manually on a frame-by-frame basis. 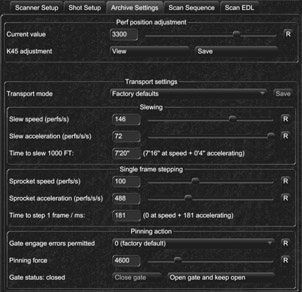 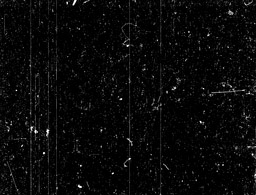 Northlight supports most repair packages including Forge from The Foundry, PFClean from Pixel Farm and Correct from MTI. These packages provide accurate and fully automated clean up.

Northlight’s unique, vertical film transport is also specifically designed to minimise dust falling onto the film during the scanning process.