Technicolor-PostWorks employs a novel approach to color to enhance the look of National Geographic’s cerebral series.

Color grading for Brain Games, Nat Geo’s thought-provoking series about the mysteries of the human mind, is done at Technicolor-PostWorks New York. Colorist Chris DiBerardino grades the show using a Baselight plug-in for Avid in a new approach for the show’s fourth season. Baselight has grading tools and features that extend those available in DiBerardino’s Avid Symphony, allowing him to make more sophisticated color adjustments.

“I have unlimited layers of color, unlimited secondaries,” DiBerardino explains. “I can use shapes to isolate all sorts of details.”

The Baselight toolset allows DiBerardino to quickly create nuanced looks. “Interview segments are shot with a C500 in C-log and come to me super flat,” he says. “I use Baselight to isolate and color correct skin tones. Then I light the scene to give it more contrast and make it more dynamic. I might put a spotlight over a head to make sure it pops. I sharpen the eyes and track them so they are really clear. It’s fantastic.”

Prior to Season Four, Brain Games was graded in Symphony alone. Susan Gallo, the show’s Post Production Supervisor, says that she was looking for a way to elevate the look without altering the post production schedule. “Brain Games is a very effects heavy show,” she notes. “Da Vinci Resolve is a great finishing tool, but working outside of Avid didn’t make sense for our schedule or workflow. The Baselight plug-in allowed me to maintain my workflow while achieving better results.” 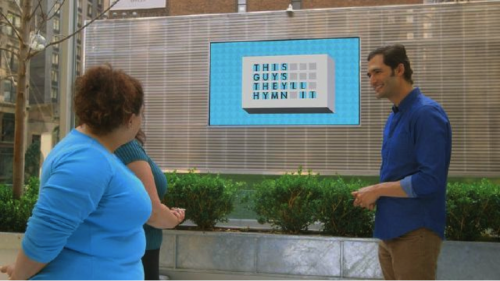 Since moving to the Baselight plug-in, DiBerardino spends a bit more time grading each episode and that extra effort shows up in the details. He recalls a recent episode that included a scene shot outdoors with participants standing in front of a projection screen. Graphics were displayed on the screen. DiBerardino used Baselight to isolate the screen and adjust that part of the image independently from the background. He was then able to make the graphics match those seen elsewhere in the show.

“That wouldn’t have been possible using Symphony alone,” says Gallo. She adds that, for an episode about paranormal experiences, DiBerardino created a day-for-night effect. “Chris used masking to create more shadows and the result was a very stylized, cool look,” she says. “He is a very talented colorist who brings his own creative flair and eagle eyes to a beautiful-looking show.”

DiBerardino insists that much of the credit for the show’s polished look goes to the production team. “They do a great job of shooting the show and that helps the color come together in the end,” he says. “They’ve definitely pushed it beyond the realm of an ordinary non-fiction television series.”

DiBerardino likes the new approach because it allows him more room to flex his creative muscles. It also means he has more time with the show. “It’s a lot of fun,” he says. “It’s entertaining, it’s funny and I’ve learned a lot. It’s a great show.”