Following the lifting of a 35-year ban on cinema in the Kingdom of Saudi Arabia, Nebras Films has established the first full facility production and post service, based in Riyadh. As part of a complete offering, the post house includes a Baselight TWO grading suite with the latest v5 software, equipped with a Blackboard 2 control panel from FilmLight.

“There is an atmosphere of great excitement here where a new business like Nebras Films can flourish, not just by creating films with Arabic stories and local content, but also in partnership with international collaborators to create films with a global appeal,” said Cian Patrick McLysaght, Post Production Supervisor of Nebras Films. “We are the one-stop shop for production and post-production in Saudi Arabia.”

The Kingdom has entered a new era of growth with its Vision 2030 plan to create a vibrant society, in which all citizens can fulfil their dreams in a thriving economy. The unusual demographics of the nation mean that almost 60% of the population is under 30, so there is an enormous new and untapped market in the entertainment industry. 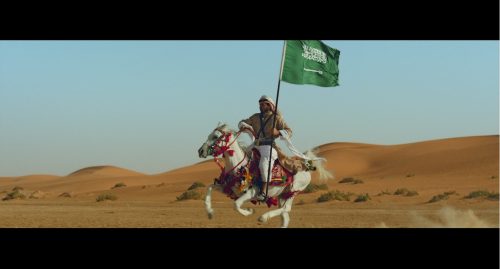 To meet this need, Nebras Films is equipped with everything needed to create top quality content today, from ARRI Alexa cameras and motion capture camera rigs to a world class networked post-production facility, for seamless workflows from editorial through VFX to finishing on Baselight. The post-production centre is linked throughout using ContentAgent, which allows virtually instantaneous sharing of workflows between suites. This allows editors to work at lower resolutions, and the finishing artist in Baselight to pick up the cut and the VFX and conform the project in 4K/HDR.

The complete infrastructure has been built with HDR in mind from the start. Given the unforgiving light in the desert, the ability to build latitude into a shot and create and refine looks in Baselight without losing detail is an important benefit. 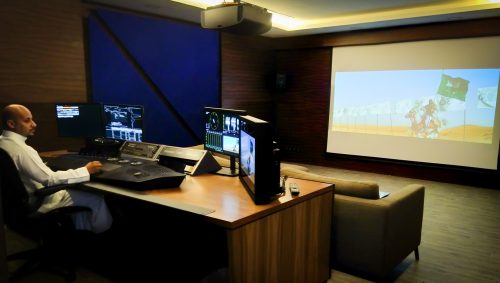 “Unlike Europe and the US where the media industry has existed for decades, post production processes which were once cumbersome, the industry here leap-frogged all that evolution and allowed us to create a completely tapeless, non-linear world,” McLysaght said. “That reinforces an expectation of immediacy which is pervasive in the industry here – that things should happen instantly.

“Baselight plays into this demand,” he continued. “Baselight is the right system where speed is a prerequisite, and clients can see the processes taking place via an approachable UI. Baselight was integrated into our workflow from day one.”

The latest release of Baselight v5, used at Nebras Films, offers compelling new features that help to streamline the most complex and time-consuming workflows both within the colour grading suite and in collaboration with editing and VFX. Baselight’s HDR functionality is aimed at developing looks within the extended range and colour gamut, which can then be faithfully retained across the multitude of delivery formats expected today.

The post production installation was implemented by Jigsaw 24, one of London’s leading resellers to the creative industry.